Unfortunately, the doors to The Hari are closed until 1 March. We look forward to welcoming you back soon. Check availability here. 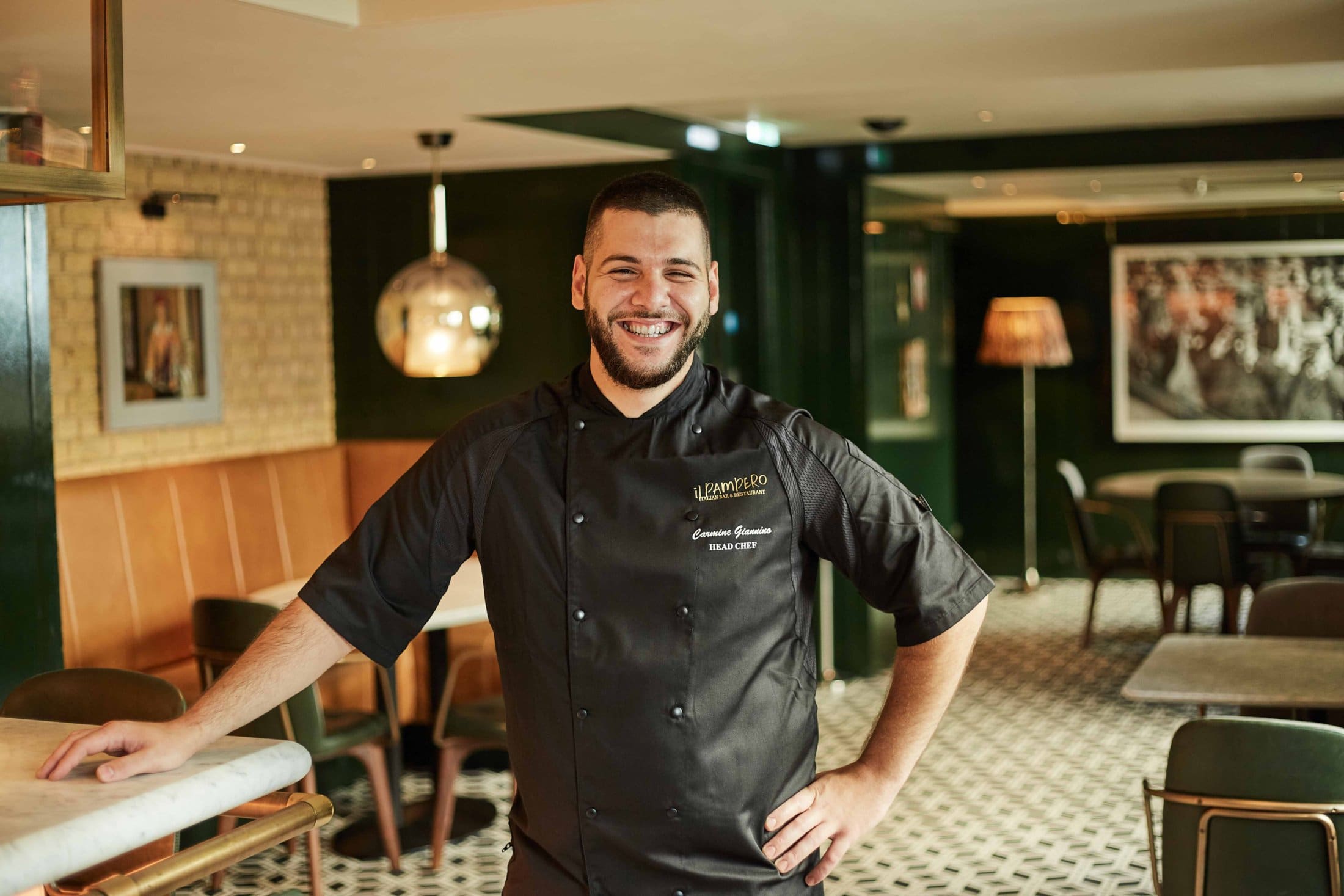 We are delighted to announce that Carmine Giannino is our new Head Chef at il Pampero.

Carmine started his career at 14, working in some of the most popular restaurants along the Ostia seafront in Rome including Shilling, Grif Restaurant and La Vecchia Pineta. Now aged 26, he leads the team as Head Chef at The Hari’s authentic Italian restaurant, il Pampero.

Having grown up in his parents’ restaurant, it was only natural that Carmine would find his feet in the kitchen following school. After working in Rome for 5 years, Carmine made what he describes as “the most important decision of his life” and picked up his bags to move to the UK in 2013, aged 19. He started his London career working at Novikov, under the direction of Head Chef, Marco Torri, and in 2016, Carmine joined il Pampero’s opening team as Sous Chef; he has never looked back.

Synonymous with giving guests classic Italian cuisine at il Pampero, under Carmine’s leadership guests can look forward to the same traditional flavour combinations from a seasonal changing menu with a new twist of modern techniques. See some of Carmine’s new and exciting creations in our new a la carte menu.

il Pampero is open daily for breakfast and every evening for dinner. Contact reservations@ilpampero.com or call 020 3189 4850 for bookings.

BOOK YOUR STAY DIRECT WITH US

Complimentary Upgrade to the next room category (Subject to availability)

Enjoy your first drink on us

Free unlimited Wi-Fi during your stay

This website uses cookies to improve your experience while you navigate through the website. Out of these, the cookies that are categorized as necessary are stored on your browser as they are essential for the working of basic functionalities of the website. We also use third-party cookies that help us analyze and understand how you use this website. These cookies will be stored in your browser only with your consent. You also have the option to opt-out of these cookies. But opting out of some of these cookies may affect your browsing experience.
Necessary Always Enabled

Any cookies that may not be particularly necessary for the website to function and is used specifically to collect user personal data via analytics, ads, other embedded contents are termed as non-necessary cookies. It is mandatory to procure user consent prior to running these cookies on your website.